If you believe the myths about buying a used car, then you can find yourself very worried when you are in the position of needing to purchase one. You may even be so worried that you contemplate purchasing a new one, even knowing you can't really fit one into your monthly budget. Instead of stressing out over myths, read this article, so you can put your mind at ease by learning the truth about buying a used car. Here are 4 used car myths and the truth.

Many people think used cars are junk and you will only be buying someone else's problem. While it may have been risky to buy a used car in the past, the risk has been significantly decreased these days. There are now vehicle history reports that can be checked using the VIN to make sure it hasn't been involved in serious accidents. Also, more people are trading in cars that are only a year or so old, in order to always have a new model. This means you can get a car that's pre-owned, but almost new itself without many miles or usage on it.

Myth 2: Used cars usually sell for more than they're worth

Some people believe that most people charge a lot more for a used car than what it's worth. However, there are online guides available that allow you to look up the worth of a car according to its year, make, model, mileage, condition, etc. You can determine the worth of the used car you are considering before you check it out. This way, you will know that you aren't paying more than what that car is worth.

Myth 3: Used cars have to be purchased with cash in hand

A lot of people think used cars are purchased for cash, whether from a private party or a dealership. However, the truth is you can go to a car dealership and purchase a used car through financing. This means you will be able to make monthly payments on the used car, just as you would a new car. The major financial difference is you can pay much less for a used car. Especially since new cars depreciate in value so much once they are initially purchased.

Myth 4: A used car will have horrible resale value

A good deal of people believe that a used car has a horrible resale value. When, in fact, it is a new car that has a very bad resale value. When you buy a used car, you will be able to sell it closer to the amount you paid for it than when you sell a car you purchased when it was brand new. A used car will only depreciate as you put more miles and usage on it, as well as how many years have passed since you bought it used. A new car will depreciate greatly the moment it's driven off the lot. If you want a used car, consider a Hyundai, as they are very dependable cars. 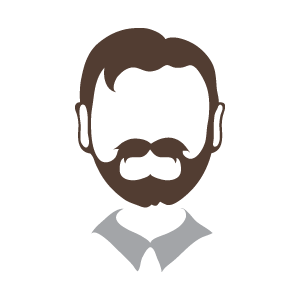 When you start shopping for a new car, it can be easy to be overwhelmed with options. In addition to wondering which make and model will work the best for your family, you might also wonder if you need that fancy push-to-start engine and those seats that heat themselves. However, some features are more important than you might suspect. My blog is all about breaking down automotive features, so that you can make decisions in a jiffy at the car dealership. After reading the articles on this blog, you might be able to quickly weed through different cars to identify a vehicle you will love forever.